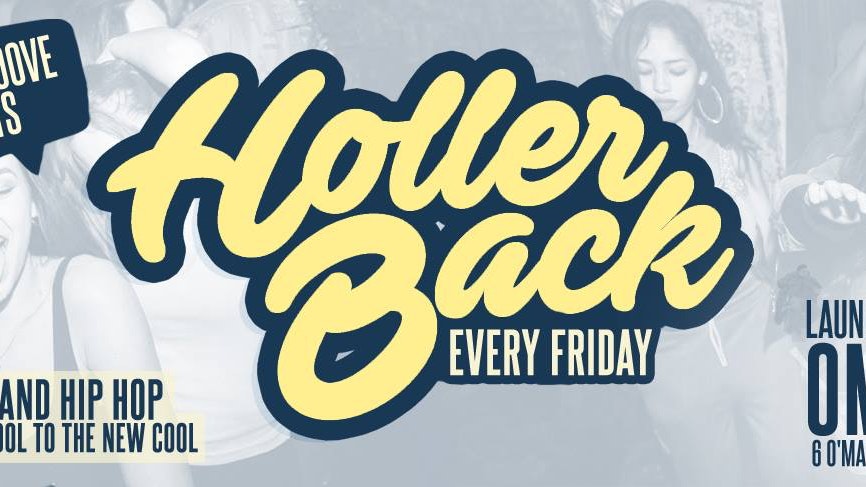 Since Launching in February 2018, Holler Back has held bi-Monthly events ?at the South London Culture Hub Club that is OMEARA, which have all.. SOLD OUT ? This lead to taking on the 1000+ Capacity Islington Academy for New Years Eve, and lo and behold that SOLD OUT TOO ?
SO.. There was only one way to go from here, and that’s EVERY FRIDAY!

YES, after such a high demand from venues and party goers alike, Holler Back is here, Every Single Friday?at OMEARA’ in London Bridge, 10:30pm-4am (Or later if you can handle it!)  Launching on the first May Bank Holiday Weekend – Friday May 3rd!

So Join the Party, it’s time to get down and boogieeeeee ???? At a Party that WILL Make you Dance!

Experience the greatest selection of real 90’s & 00’s classics, mixed in with a little of the hip & now to truly make you tipsy!

The Line up also includes MTV UK’s Andy Purnell (keeping new school) expect him to cover all things now to truly take you All The Way Up. Also for this session night Martin has selected some of his closest friends (And a special guest) to bring down the riddems to the dance. Joining the guys we’ve got DJ Moto (Nike Official DJ) DJ Solito and DJ Hanif (MTV Lick Parties)

So yeah, like get a ticket, come on down, Lead Back, whilst we keep it real and Holler Back!
Tickets Out Now from www.HollerBackLondon.com ? (They start at £5 every week, even bank holidays!) (BUT PS Our launch will be rammed so snap em quick)