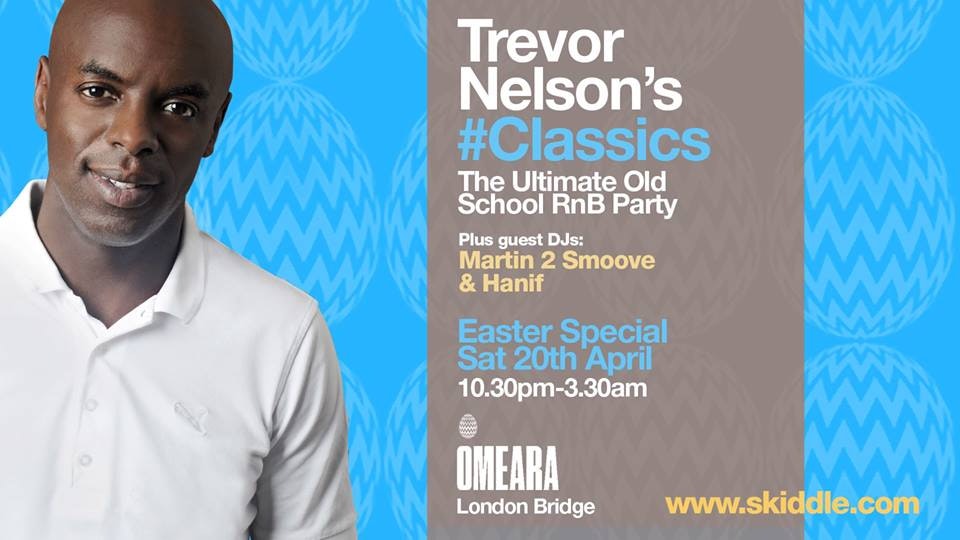 After a sold out NYE party and an epic launch event in February, Trevor Nelson’s 2019 #Classics Residency will continue at Omeara on April 20th!

The event will feature sets from Trevor Nelson across both rooms exploring his unique and exclusive, old school record collection; along side a hand selected roster of DJ’s taking through the years of tunes, curated by Trevor Himself.

Room 2 – 80s and early 90s soul boogie with a little bit of soulful disco thrown in! With Trevor Nelson and Hanif.

OMEARA, one of London’s newest venues, is a multi roomed nightspot of sheer taste. The club has become the venue of choice for the music industries coolest parties and so the Mexican inspired ‘Art House’ is now one of the most in demand venues in the capital.

Located within the historic London Bridge railway arches, the venue is connected to Flat Iron Square, a hub of unique street food vendors which provide the perfect location for a pre-night out meal!

With 2 main rooms, an exclusive VIP balcony, and stunning decor throughout, we thought this would be the perfect Location for our next Classics party. Not to mention the terrace which stands in the eye line of one of London’s most iconic buildings.

The club is designed to be an oasis in the heart of the city with the bar serving an array of cocktails, craft beers and wine; along side an unparalleled collection of tequila & international spirits.